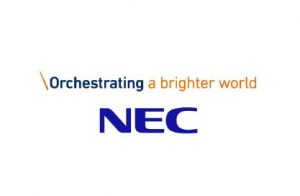 NEC creates the social values of safety, security,  fairness and eﬃciency to promote a more  sustainable world where everyone has the chance  to reach their full potential.
With multi-level expertise and leading-edge  technologies, NEC aims to co-create new value  with wide range of customers in order to orchestrate  a brighter world.

During the 2000s, the relationship of Brazil and Japan has deepened after Brazil decided to adopt the Japanese standard for Digital Terrestrial TV – ISBD-T. Since then, the two countries have continued the discussion and cooperation in the improvement and expansion of ISDB-T. As a result, ISDB-T is now adopted in 20 countries around the globe.
It is almost 15 years since ISDB-T was introduced in Brazil and Japan and now, the study of the next-generation ISDB-T has begun in both countries. In connection to this study, the Ministry of Internal Affairs and Communications in Japan (MIC-J) is leading activities of introducing latest Japanese technologies to Brazil. The progress can be observed on the following web site.

NEC has a history of more than 50 years in the area of constructing TV broadcasting infra-structure and has contributed in establishing the ISDB-T network in Brazil and Latin American countries. NEC is also supporting the activities of MIC-J by developing necessary techno-logies to realize the next-generation ISDB-T; focusing particularly in the research of latest compression technology called “VVC“. We would like to introduce this technology and current development status. 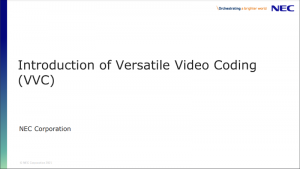